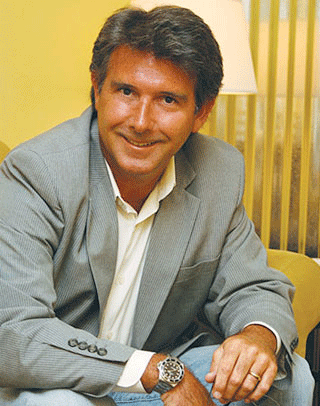 Collins & Company was started by Tom on August 1st, 2005 and founded upon the idea that great service, great ideas, and great results were not limited to big clients and big marketing budgets. That in the end, it’s not always the size of the budget that counts – but the size of the idea that really makes the difference.
Over Tom’s 27 year career, that simple concept has been the foundation for award-winning work for Fortune 500 companies world wide. Beginning in the late 80’s in North Carolina, Tom started making a name at Coyne Beahm Shouse, Tone Advertising, and Long Haymes & Carr(now Mullen). Tom helped re-introduce “Joe Camel” for his 75th Anniversary and cut his teeth on RJR, Wrangler, Planters, and Sarah Lee accounts.

In 1992, Tom moved to Dallas to lead the Pepsi New Products Division for DDB Needham World Wide. As Creative Director, he introduced Aquafina, Starbucks Frappacino, All Sport, and Lipton Brisk Iced Tea. Over the next 4 years, Tom helped introduce over 30 new brands while working with Shaq, Ken Griffey Jr., Steve Young, and Jerry Rice, to name a few.

Life moves pretty fast. If you don’t stop and look around once in a while, you could miss it.- Ferris Bueller

In 1997, Tom moved back to South Carolina to become Executive Vice President/Creative Director and Partner at The Brandon Agency in Myrtle Beach. Over the next 8 years, Tom helped double the agency in size, won over 800 national advertising awards, and turned Brandon into one of the Southeast’s leading travel and tourism agencies.

In 2005, Tom opened Collins + Company Advertising/Design. Starting with no clients and only himself, Tom put together a team of talented professionals and guided them over the next 8 years becoming a leader in the advertising community. And in 2008, led the agency to 27 Gold Addys, 18 Silver Addys, and “Best of Print” in the 2008 American Advertising Federation Addy Awards – more awards than other agency in town.

Originally from Columbia, SC, Tom graduated from the University of South Carolina with a BFA in Design and Advertising. Tom has been happily married to his wife, Catherine for 24 years and they have three children – Reed 18, Blake 15, and Eileen 12. Tom is a member of Myrtle Beach Presbyterian Church, and serves on the Board of Directors for the American Advertising Federation, BE2 / Early High School Education Board, The Myrtle Beach Regional Economic Development Corporation, The Mercy Care Hospice Gala, and is a member in Myrtle Beach Rotary.